Get fresh music recommendations delivered to your inbox every Friday.

by Chris Stalcup and The Grange 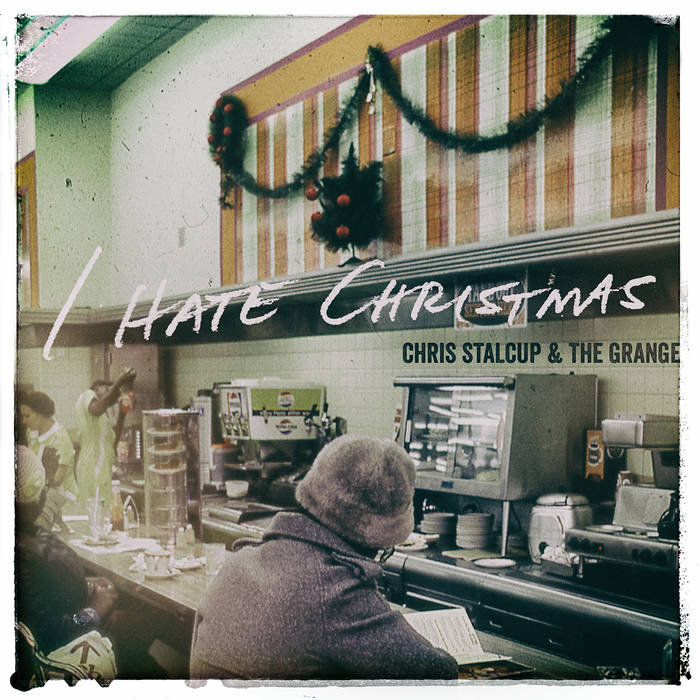 We started getting requests for Christmas songs. I didn't have one written and figured I would never write one. I was talking to Phil (Skipper - bassist for Chris Stalcup and The Grange) and he said something or the other to the effect of "I Hate Christmas". I thought to myself how wildly appropriate of a song that could be given the circumstances. So I set about writing a song with the idea that Christmas and the holidays in general can be a lonely time for a lot of people. I put my own situation in the verses but I let the Chorus be something that anyone who feels lonely during this time of year can relate to. As usual with most of my songs, it has a touch of sarcasm, a dash of hope and a whole lot of truth. I hope this song can bring some joy and laughter in its own way to anyone who feels alone and lonely this time of year.
------
Right around Thanksgiving is when this song was written and our affordable studio options were extremely limited so I figured it can't be all that hard to record a song. Our label, Dirtleg Records bought us a couple of pieces of gear we needed and we borrowed the rest from our buddy and guitarist Michael Westbrook's studio All Together Sound (www.facebook.com/alltogethersound/). So Phil Skipper and I set about to record this thing. Michael Westbrook came over and helped us set up all the gear. Paul Barrie came over, set up his drums and we were off to the races.

We were all surprised at the sounds we were capturing. They sounded great, even on a pair of ratty old house speakers we were using for monitors. We had the drums, bass, guitars and vocals done so we called Nathan Green over to lay down some keys and Accordion and his infamous high lonesome background voice. He showed up, set up and laid his tracks down in 30 minutes and was back out the door, he is a master of efficiency in the studio. I put together a rough mix and sent it over to Bret Hartley and Michael Westbrook to lay down some guitars for it.

It sounded great but I know I am no mixer so I called up Ben Price who usually records all of our albums but couldn't do that for us this time due to a horrible bike accident. I asked if he had any advice and he offered to mix the song for us, from the confines of his rehabilitation.

As usual, he sent back a beautiful mix. Ben is an absolute wizard at his craft and one of Atlanta's best musical treasures.

So here we are a few days later, with a track that is widely available and was built from idea to world wide distribution in a matter of a couple of weeks. I learned alot in this process and the best part is we now have the gear to record our projects right here at Dirtleg Records HQ, anytime we get the itch. In fact we already have a project in the works that will be released in early 2017.

We are thankful for everyone who has been kind enough to give us a listen, buy our albums and share it with your friends. We look forward to seeing you all in the New Year. Merry Christmas and Happy New Year to you all!

In a just world, Stalcup’s name should be included amongst the new breed of artists including Isbell, Simpson and Stapleton who are marrying tradition and truth. ~ Eric Risch, Pop Matters

Chris Stalcup and The Grange recommends:

Bandcamp Daily  your guide to the world of Bandcamp